sayap is a code monkey who writes long ticket description and even longer commit message to bore future maintainer to death.

UPDATE: Patchset v3 is out in the mailing list. Essentially the same as v2, with one change moved from 02 to 03.

OpenVPN on OpenWrt for iptables noob

OpenWrt is a sweet distro for wireless routers. However, doing certain stuffs with it, e.g. setting up OpenVPN, is not an easy task. There are many wiki pages, forum threads, and blog posts to help us mortal to get OpenVPN running, but most of them involves a blood sacrifice to the God of Iptables as the mandatory first step. Iptables?? Surely there must be a less painful way?

After some trials and errors, I managed to get OpenVPN to work on OpenWrt, without typing any iptables command. Not everything can be done via the Luci web interface though, so expect to get your hands dirty with the command line. With that said, here are the steps for the typical road warrior setup (tested on Backfire 10.03).

We are done. Once openvpn is started on the client machine, it should be able to access all the lan machines, and vice versa.

Screw Android, I am going Maemo

As the first and only Maemo 5 device, Nokia N900 is simply amazing. Unlike other smartphones that give you thousands of silly Apps, with N900 you can have real, actual, full-length Applications.

For example, this screenshot below shows a fully ajax web application rendered and functioning nicely in the N900's MicroB browser: 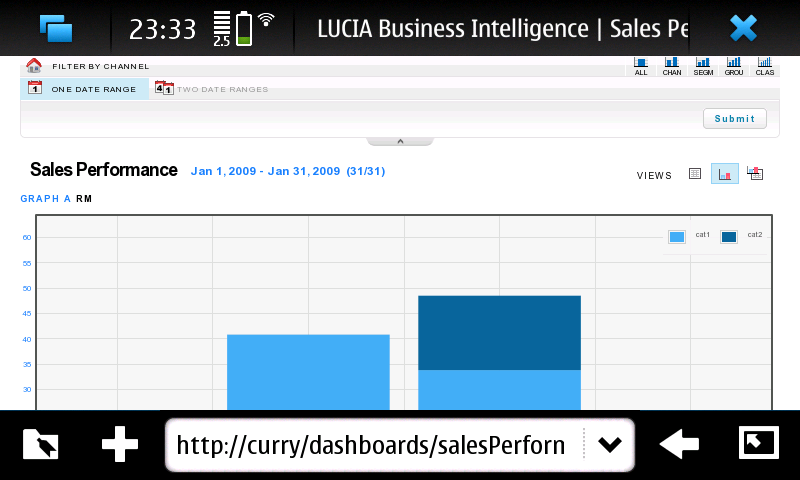 Of course, this web application can certainly be rendered and functioning nicely with other smartphones also. What seperates N900 from the appsphones, however, is that it can actually host the backend of the web application, all by itself.

In this case, the backend uses these services: 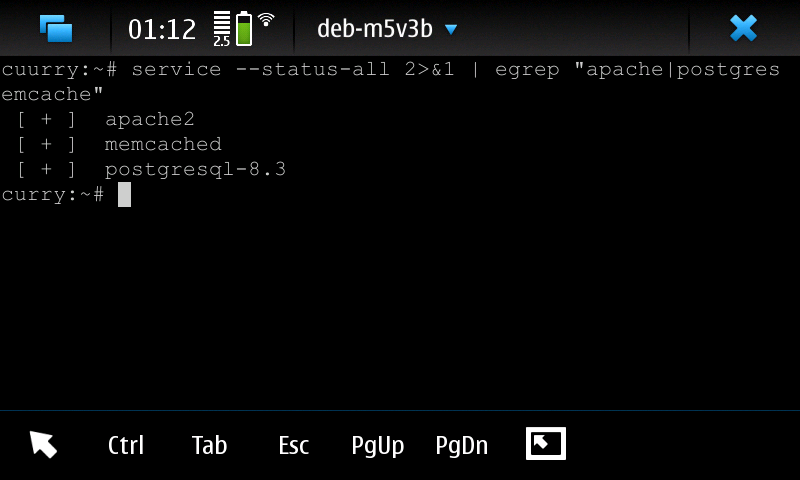 along with apache modules mod_wsgi and mod_php.

The speed isn't great, since N900's hardware spec is comparable to the laptop I had 10 years ago. Nevertheless, it works. So, screw Android with its non-standard Java and tiny SQLite database, I am going Maemo with N900 :D

UPDATE: After installing build-essential, all the latest and greatest versions of httpd, postgresql, and python can be compiled and run natively on the phone, without the chroot.

Installing a contrib module for Greenplum

Installing a contrib module for Greenplum must be a dead simple task, because it was no where to be found in the otherwise comprehensive Greenplum Admin Guide.

However, google for "greenplum contrib" only returns one relevant result to a Chinese blog post, which despite best intention, only serves to discourage a newbie like me from ever trying to install a contrib. Recompiling postgresql and hand-editing Makefile just to install a small module? That just doesn't sound right, even for a Gentoo user.

After some messing around with a few contrib, I finally found the right way, which is indeed dead simple:

There you have it. Simple, no fluff, even an Ubuntu user can get it to work (seriously, I am not joking).

As a follow up to my previous post, I am going to rant about my poor experience with screenscraping. Although the xmltv grabber, in its current incarnation, works with listings from The Star and Astro, the script was initially written to target the official websites for TV3/NTV7/8TV/TV9 (Media Prima) and RTM1/RTM2 (RTM).

To understand why the idea was ditched, here's a sample line of html from TV3 (reformatted for sanity):

It contains an id that is 150 characters long, multiple unescaped closing angle brackets, and some funky onmouseover code. Truely thedailywtf.com material. Oh ya, the html file with little content approaches 100K in size.

TRWTF about Media Prima websites, however, is the lack of consistency. All 4 sites appear to be running the same ASP.NET app, but subtly, each one is different:

Bashing aside, one good thing about Media Prima is that they are not afraid to show you what's under the hood. I just checked the 8tv schedules and was presented with this error message, embedded in the page:

As for Astro website, there is nothing much to talk about. Overall, it is just OK.

The Star website has its goods and bads, but still, it is the best among the bunch.

Lastly, the web designers for RTM/Media Prima/Astro/The Star really need to start learning how to use CSS to properly separate content from presentation. Seriously. Let's just start by giving a freaking id (that is less than 150 characters) to the freaking schedules tables, so that I don't have to rely on some bizzare bgcolor attributes to identify them. Amen.